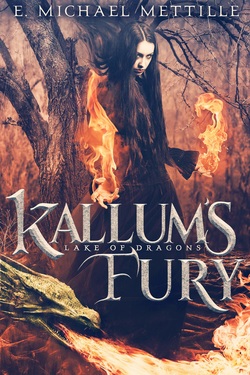 Five summers have passed since Maelich and Cialia bested Kallum over the Forgotten Forest and scattered the god to the wind. Ouloos is entering an era of peace like none the world has ever known. Or is it?
​
Tragedy strikes. Ymitoth is killed at the hands of dead-eyed men bearing an uncanny resemblance to Kallum’s priests. The loss proves too great for Maelich to cope. His sanity slips and he vanishes.

Cialia embarks on a quest to find her lost brother. Along the way she learns her former city, Druindahl, has entered a period of darkness. The people she once protected are at the mercy of mercenaries interested only in coin and presided over by a king powerless to stop them. The cruelty she finds in the hearts of these horrible, false riders of Druindahl is more than she can stand. She finds her flame. The aftermath challenges the very core of her moral beliefs.

Meanwhile, war threatens the shores west of Havenstahl. Without the city’s two greatest heroes to protect her, one man must stand up and lead the armies of the greatest city of men against an unstoppable force of monsters from across the Great Sea. Riddled with uncertainty, Daritus must stand tall against overwhelming self-doubt and lead his soldiers into a war more perilous than any in Havenstahl’s history. Ouloos will never be the same.