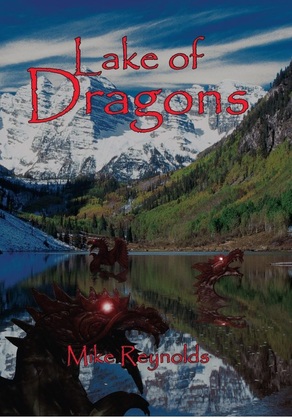 On Ouloos, a planet very similar to our own, there lives a young lad who has been trained as a warrior since he was big enough to lift a sword.  The lad is Maelich and he is the star of a prophecy that he doesn’t understand.  On his twelfth birthday, he and his mentor, Ymitoth, are attacked by a pack of amatilazo and his life is changed forever.  He is abandoned and must find his path on his own.

Maelich embarks on a journey to find truth.  What he discovers is that his training is not complete and he must journey on to one greater than the man he called father.  He learns that his natural father was not a man but a lake, the Lake of Dragons, the origin of all evil.  He learns of the prophecy and his role.  He is taught the art of controlling Dragon’s fire and sent on his path to kill the last Dragon and fulfill the prophecy.  Along the way however, he encounters many that would challenge his beliefs and the true nature of his role on Ouloos.

Maelich battles his way to the Dragon.  By the time he reaches his destination, he is completely unsure of his path.  What is truth?  Everyone he has encountered has told him to trust his heart but there is too much in his head for his heart to be heard.  Still he must choose.  One path leads to salvation for Ouloos, the other oblivion.

Lake of Dragons is a fast paced adventure fantasy packed with thrills and surprises that will keep you guessing until the end.  Grab a firm hold of the reins before you open this book.